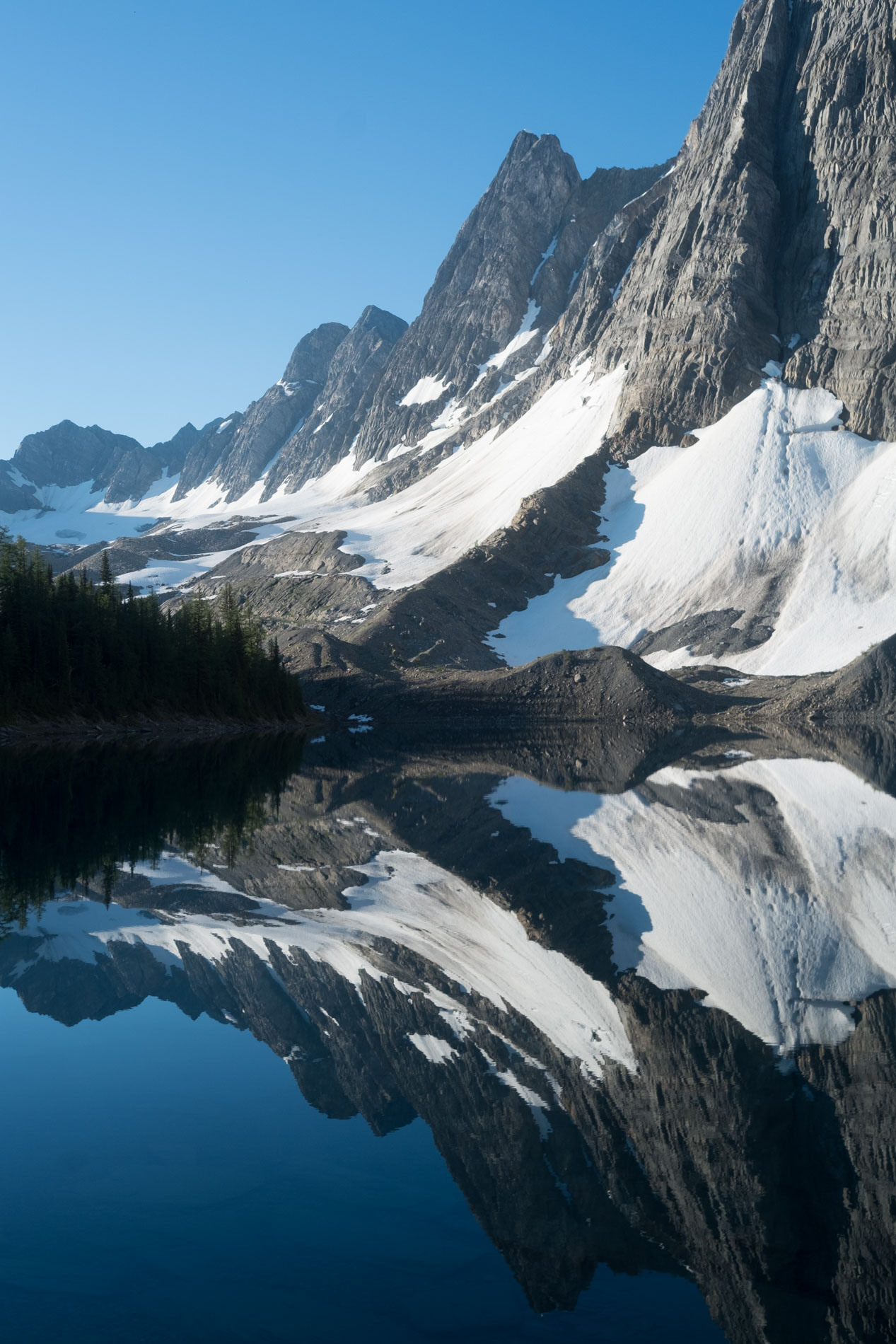 Last year’s hike to the Rockwall was spectacular, but trail conditions were a little questionable, and the weather ranged well into the adverse zone with snow, sleet, hail, wind, and rain. We thought we would have another go at it this year to see if we could top our previous experience.

There were many emails warning of bridges out and deadfall and avalanche debris on the trail. We weren’t overly concerned, since last year featured whole days of mostly climbing over deadfall, routefinding over large expanses of snow, avalanche debris, and the very same bridges missing.

We were very concerned about the possibility of smoke obscuring the views, but we saw pictures and heard reports that it was clear, so we went ahead with our trip in spite of some trepidation. It is way less fun to do a world-famous hike when you can’t see the world-famous mountains – we experienced that at Mt. Assiniboine and had no desire for a repeat.

We ended up having the luckiest hike in history. We lucked out on weather, though if we need to complain, a couple of days were too hot and sunny. We were also fortunate that the smoke was elsewhere, and the views were spectacular. The trail crew had been hard at work to clean the trail debris, the missing bridge was a trivial wade across the river, the sun had melted most of the snow, and there was less deadfall for the whole hike than we experienced some days of last year.

One of our ideas for going in later July was that the wildflowers would be in bloom, and we certainly were treated to some impressive displays.

On our third morning we were were alerted to the presence of a bear by some other campers. The bear had come between the two eating areas of the campground after circling the one where we weren’t. We made some substantial noise and the bear left. Our last 5 minutes of hiking were also enlivened with a bear sighting, this time an adult bear about 50m to the side of the trail. We again made some noise, this time with the safety latch of the bearspray off, and we made it to the car with the bear having been last seen heading slowly away from us.

There was the porcupine attack…

I awoke at 1:45 AM to a gnawing sound. I looked out the mosquito net to vaguely discern a shape that was possibly gnawing on Fiona’s flip flop. I bravely attempted to retrieve or bat the flipflop away from the (blurry) large-cat-sized rodent, possibly a large marmot? Fortune smiled upon me once again. The rodent was not a skunk. I am 100% certain of my mammal identification because my swipe at the sandal was interrupted by the pain of a couple of porcupine quills stabbing into the backs of my fingers. 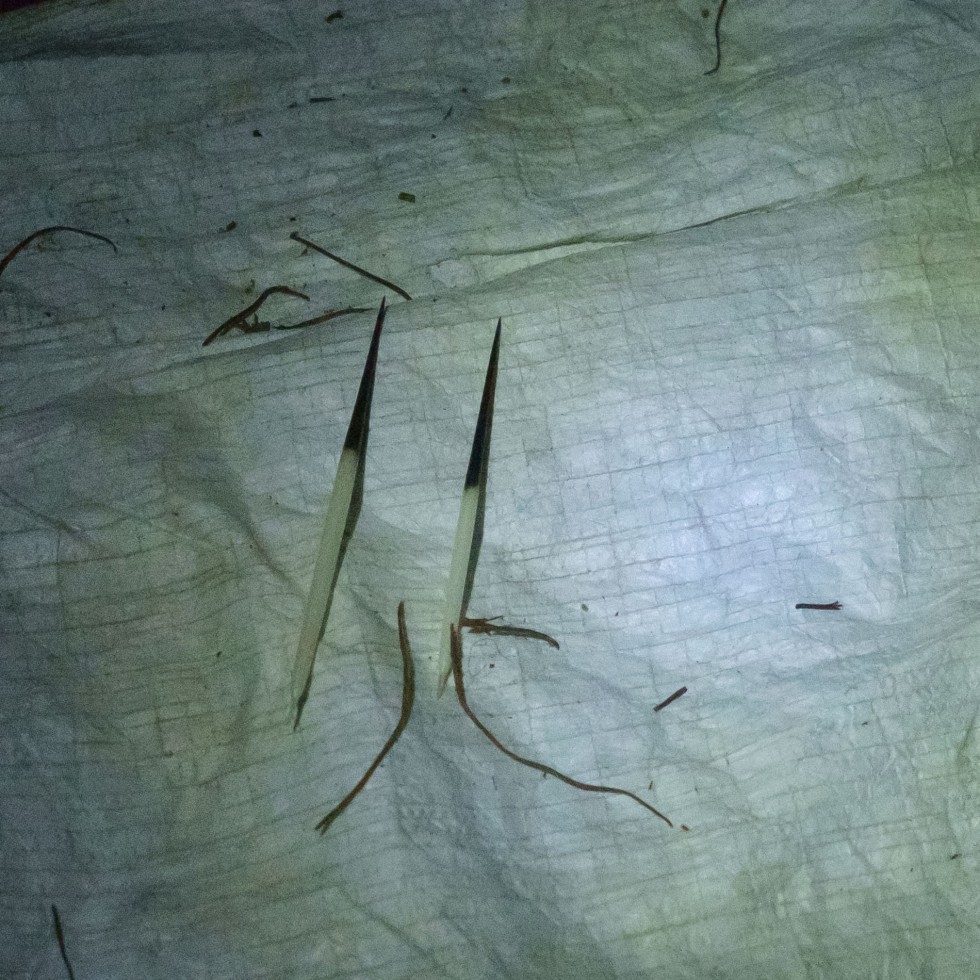 Once I had painfully removed the quills from my flesh, (the backs of fingers fortunately don’t have too deep of flesh before the quills hit bone) mopped up the blood, and calmed down a little, I wanted to go hunt down the porcupine to take a picture of it.  I am pretty certain that it was very cute, even though it did a number on the handle of Tania’s hiking pole handle (its actual chewing victim, not the flipflop). Fiona would have no part in the chase, “Dad, it isn’t cute, it’s a porcupine!” For his part, Tadhg was concerned about possible venom in the spines and asked “What if it comes back to eat us?” 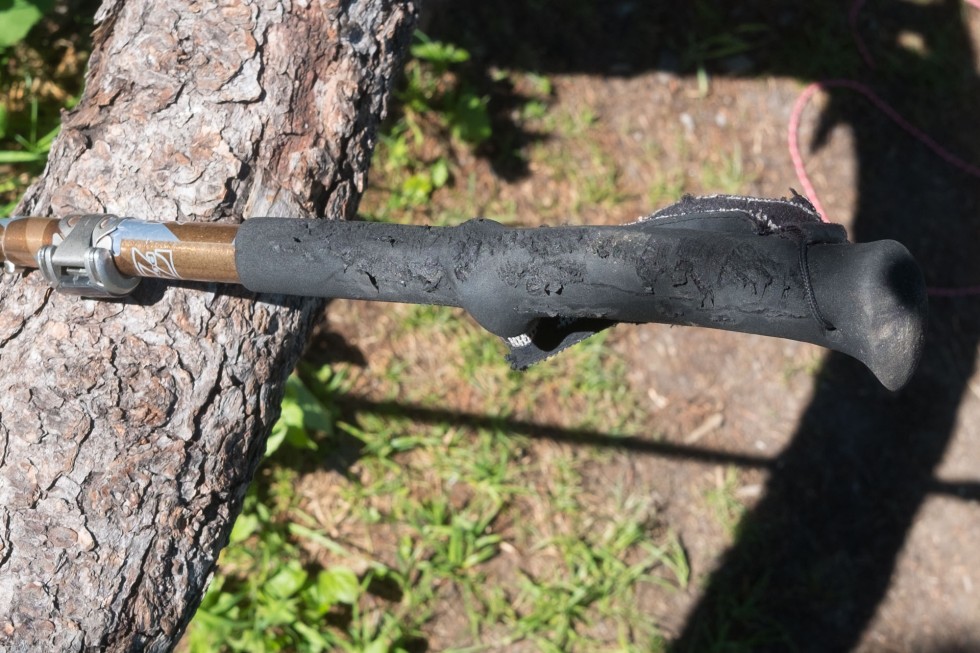 The porcupine wounds cleared up, and I hope I have learned an important lesson about finding the flashlight before lashing out at vague shapes in the night.

0 thoughts on “Back to the Rockwall 2017: Revenge of the Porcupine”

The view from the ambulance-bike is way better tha

Sometimes, if you’re enough of a bar-tape nerd,

Just down from the glacier is the whirlpool tub.

Nuclear-looking cloud - in hindsight it was almost