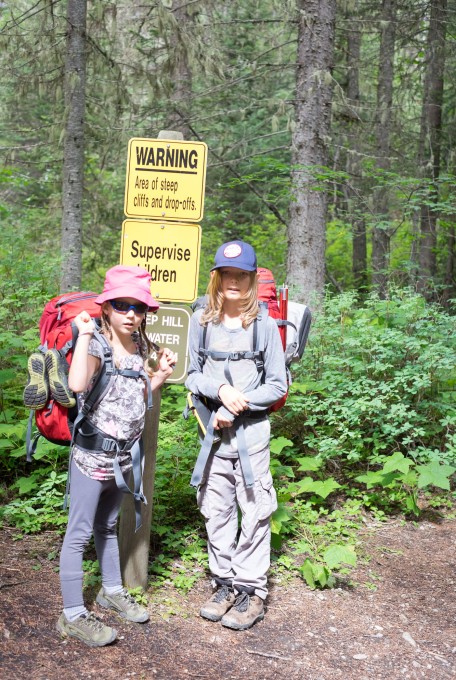 We had been on the Berg Lake trail in Mount Robson BC Provincial Park before in 2013 and remembered it as a series of beautiful places, any one of which could be a great trail on its own.  When Tania suggested back in January that we make reservations to go back, I was eager.

The kids now consistently carry all their personal clothes and gear on all our hiking trips, and each year they get stronger and more able to hike long distances.  Our longest day with packs on was to be 12km on our second day which seemed difficult but achievable .

Before we left home, I weighed the packs and the 3 that weren’t mine weighed around 25% of their owners’ body weights.  My pack was 40% of my weight and then I added 2 litres of water, 1.5 litres of fuel and a 6 pack of beer. my best guess is that I was carrying  88 pounds when we left the parking lot.

Our first day hiking was the easier of the hike in days.  A hike through rain forest brought us to Kinney Lake.  We only stopped once, just after the 2km mark for me to run back to the car and get my camera.  Kinney Lake is absolutely beautiful with its green colour and backdrop of mountains.  We had considered leaving a food drop there for the trip out, but the single bear locker did not leave enough room for our extra food and all of the overnight campers in this busy campground.

We continued our journey toward Whitehorn, our destination for the first night.  Though I was struggling with the oppressive weight on my back, the valley leading up to Whitehorn campground is a stunning sight and helped take my mind off the pressure on my back.

As is her habit, Fiona made friends with everyone on the trail.  People often call her a “good little hiker”, but really she is a good hiker by any standards.  She had her usual trail conniption, but she was just as perky at the end of the day as at the beginning.  As soon as we got to Whitehorn campground, she changed into her swim suit and went to play in the glacial river.

The weather was a little cool at only around 15ºC and it had rained in several previous days, so I was not completely surprised that someone had lit an emergency fire in the stove at the Whitehorn picnic shelter.  I didn’t see anyone obviously hypothermic, but there were a few pieces of gear drying on lines near the stove.  Now, before going on the Berg Lake trail, folks are asked to watch a video showing the trail rules.  These rules are generally obvious, such as no stereos, share the shelters and store food in the bear lockers, as well there are some other rules like no fires except in emergencies.  As I was cooking dinner, there was less and less gear hanging to dry by the stove, and it became clear that the family that were stocking the fire were the ones occupying 2 tables in the busy shelter, listening to their stereo (and sometimes singing) and not drying any gear (their gear was easy to spot, all 7 of them wore various camouflage patterns from shoes to hats).  In to morning, they were chopping wood at 5AM and had the stove stoked up by the time I got there to make coffee at 5:30.  They were complaining about the rodents that had eaten all the food in their daughters’ packs (shouldn’t that have been in a bear locker?).  By the time we left the campground at 10AM, they had their gear spread on all 4 of the tables while people were cooking on the ground outside.  Fortunately they were on their way out since nothing spoils a trip like having to camp with assholes.

Our second day included the 4km long 600m climb that constitutes the hard part of the trail.  While stunningly beautiful, the beauty is somewhat diminished when carrying 80 pounds on your back.  Just putting my pack on enraged the raw sores I had developed the day before, but I staggered up the hill, pausing frequently to rest my legs.

When we reached Emperor Falls campground, I needed a rest.  We still had 7km to hike but hardly any more elevation gain.  With a short rest break at the Marmot campground, I plodded the rest of the way to our campsite at Rearguard.  Rearguard is the smallest of the Berg Lake trail campsites with only 5 tent pads, but it has a great view of Rearguard mountain, as well as some view of Berg Lake and of the Robson Glacier.  It was to be our home for 3 nights.

One of the best parts of the Berg Lake trail is that there are many day hikes from the Berg Lake campgrounds that offer even more to see in addition to the waterfalls, Berg Lake and the majestic Mount Robson.  We headed out on our third day to hike Toboggan Falls.  We had been up these previously, but the trail is rewarding and the falls are unique in their unusual erosion patterns.  It was raining intermittently, but never too much, and we seemed to never need our raincoats for more than 5 minutes or so at a time.

By the time we got to the cave at the top, it was clear that we wanted to do more, so we decided to add on the Mumm Basin trail to make it a loop.  We were very glad about it when for the first half km of the trail Fiona was completely enchanted by the shale slope landscape.  She skipped from rock to rock saying, “Look at this! Look at this!”  We couldn’t help but to enjoy the hike.  As we rounded the Mumm basin and began to descend, we spotted a marker off the trail that turned out to be a Alberta / BC border marker.  The kids were both excited to play the hopping across the provincial border game. 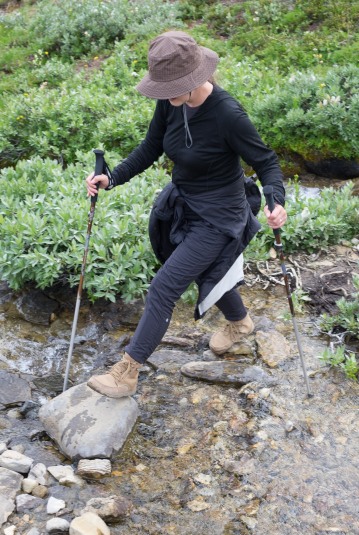 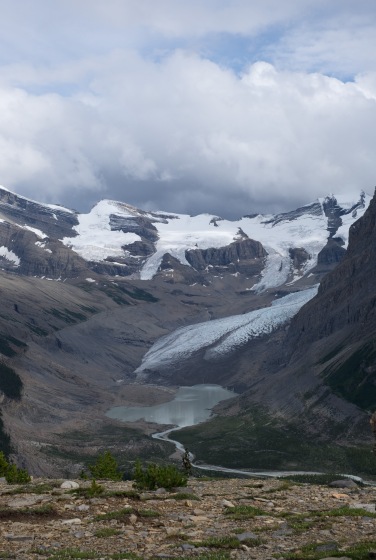 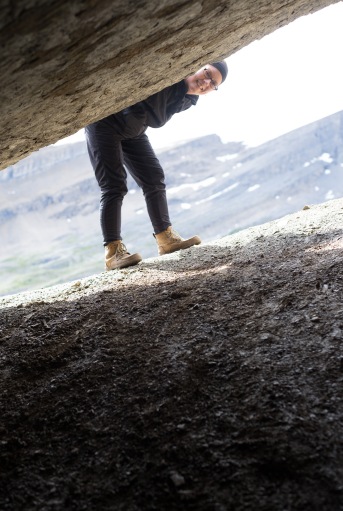 The following day we planned to take on snowbird pass – the most strenuous of the day hikes from Berg Lake.  It was definitely a highlight of the trip, though Tania did not like the steepness of the trail as it wound up the glacier debris.  The view of the Robson glacier was phenomenal. 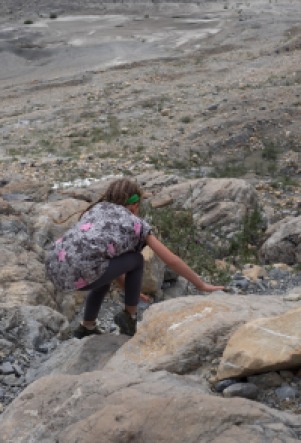 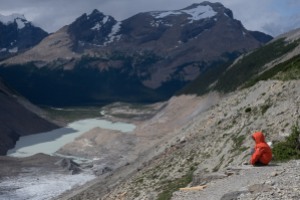 In a fortunate twist of booking, we ended up making our way out with a night at Emperor Falls and two nights at Kinney Lake.  The full day of recovery at Kinney Lake was non-stop fun for the kids and left me well rested for the 7 hour drive home. 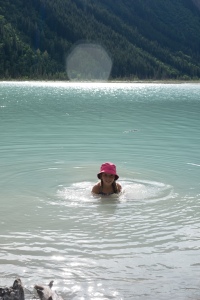 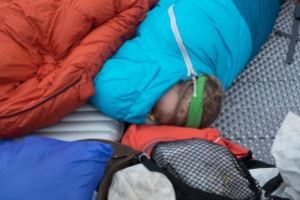 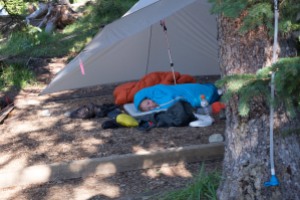 Now that my teens are over 50kg, it’s harder to

Yesterday, I looked at the weather and asked, what

The ride to work

We took advantage of the nice -21ºC crowds to wal